“Mother lives on the fringes of society. Sickness and war marked her with a wrong sign. Her daughter tells the story in a dry and fragmentary manner, sometimes naïve and sometimes poetic, but never sentimental. Still, the main subject of the novel is not Mother’s mental illness, but the relationship between the individual who is sick and the society that is even sicker. It is about war, which eats any person’s humanity like a cancer. To write about a mother is hard, and to write about war is even harder. Tatjana Gromača has the courage and skills to make the story powerful and convincing.” Slavenka Drakulić, author of Café Europa Revisited and S.: A Novel About the Balkans

In the early 1990s, as Yugoslavia begins to crumble, so too does a woman, known only as Mother. Ostracized by her Croatian neighbors because of her Serbian background, the bright cheer Mother brought to her role as a wife and mother is darkened by the onset of mental illness that devours an entire family. Seen through the acerbic and wry perspective of Mother’s eldest daughter, Divine Child confronts the forces that batter an individual in a time of economic crisis and rabid nationalism. Gromača’s subtle, yet clear and sharp voice speaks to the destinies of women in Balkan and Eastern European societies, rendering a new perspective on European post-communist literature: fragmentary as memory, uncanny as twilight, and strong as love.

Be the first to review “Divine Child” Cancel reply 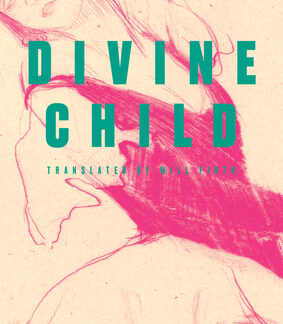